He also won for himself, 250 Bet9ja coins, and as such won’t be affected by nomination this week. As the Head of House, Big Brother has given him the entitlement to enjoy the luxury room with one housemate of his choice which he chose with Venita after Tacha rejected his offer.

As known from the onset, the Head of House challenge is always held on Mondays where the Pepper Dem housemates battle for the supremacy position which Seyi won for the second time.

The Head of House challenge for this week however, involved the housemates to walk on a line from a starting point to the end without stepping out of it while blindfolded.

Moreover,  Elozonam, Enkay, Frodd, Jackye, Joe, Mike, Sir Dee, Omashola, and Tacha were excluded from the Head of House challenge due to their disobedience to Big Brother’s rules.

At the end of the challenge, Seyi emerged the winner with Cindy as the second place after she finished 1:45 minutes as opposed to Seyi’s 45 seconds finish time.

Added to being the winner, Seyi won 10 Bet9ja coins for each of his Cruisetopia group members. 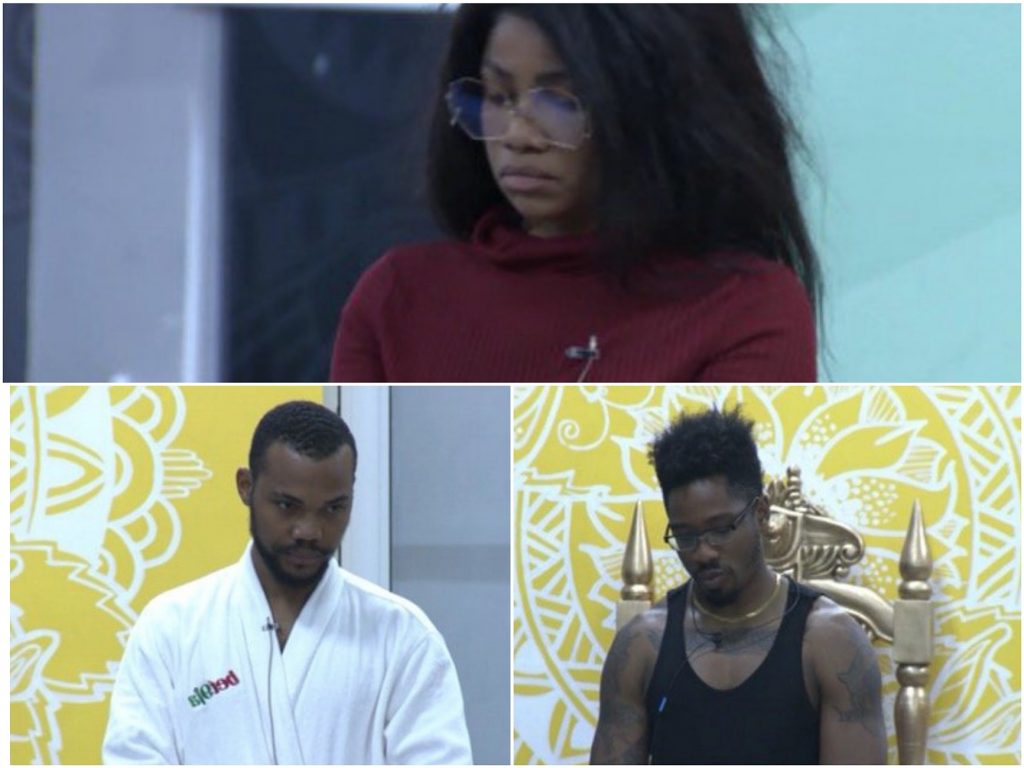