Some Ladies in the Lockdown House on Saturday, August 1 spilled lots of hot tea during a gossip and we already know that when such group of individuals get together, details are the order of the day.

Ka3na, Lucy and Dorathy had a short but comprehensive gist about what is happening among their co-housemates and no one was spared.

Lucy first made it known that she came into the House with no strategy, reason we came to understand her feelings about the kiss that didn’t happen between her and Prince the other day.

Ka3na came in mentioning that Neo is here to make money, but not N85 million grand prize money. He has his sights set on the women with money outside the house.

And while in the house, he wants to show the ladies exactly how much of a loverboy he is. Ka3na and co unanimously concluded that Neo is using Vee to actualize the stability of his brand.

The current Head of House, Lucy told the ladies that there is no way she will forgive any Housemate outside the House for things they have done to her in the House. She doesn’t have that forgiving spirit.

After Lucy’s words, Ka3na spilled the real tea and it’s about Eric and Lilo. According to her, she had a conversation with Lilo the previous day reminding her about the relationship she has outside the House.

She told Lilo that letting Eric pick her up openly and fondling her on national TV was inappropriate in her opinion and she needs to take is easy with the act.

Ka3na added that Lilo confirmed that she is unable to control herself around her BBNaija Ultimate beau, Eric.

However, the ladies commended Lilo for her domestic skills saying she can cook, she can clean, she is mature, but they are worried that she has trust issues and does not want Eric out of her sight.

The gist by the ladies gave viewers more than they expected and as Housemates keep on playing their respective games, there’s need to look out for what’s ahead and unseen. 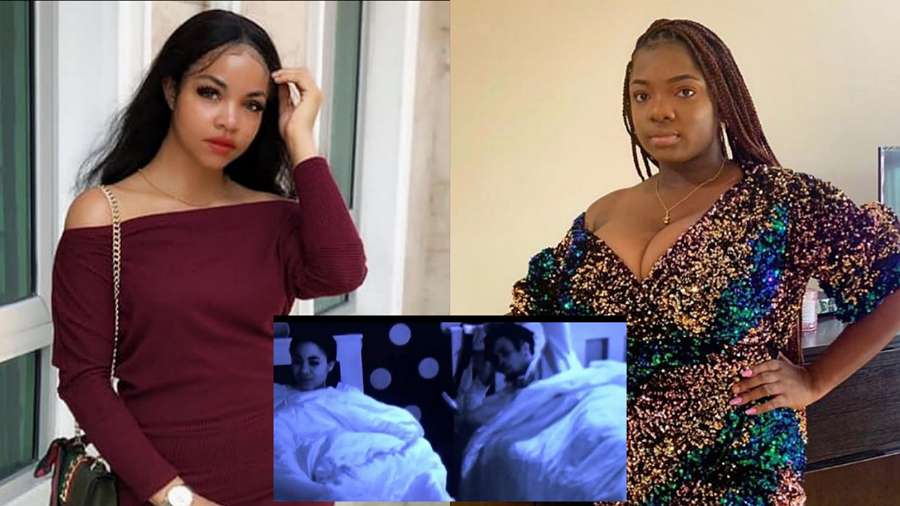 Ultimate Love: Rosie’s mom gives go ahead on her marriage to co-winner Kachi