According to Elozonam, Diane allowed someone else come in between their relationship which everyone thought was sailing smoothly. She was seriously crushing on Ghanaian-born Nollywood actor, Mawuli Gavor.

Elozonam made it known to the show host, Ebuka Obi-Uchendu during Pepper Dem Reunion Day 18 last night, that Diane had all the effort focused on MG (Mawuli Gavor) without prior thoughts that he (Elozonam) does everything possible to make their union work since fans already see DiaLo ship as sailing without any obstacles.

Besides, Diane still hold on to the fact that she doesn’t like Elozonam for few reasons, one of which is that he holds things to heart and in her words, ‘Elozonam is not forgiving’.

It could be recalled that after Big Brother Naija season 4 ended in October 6, 2019, the official sponsor of the show, Bet9ja organized a party themed BBNaija Finale Party for all the housemates.

Now, at the party, Elozonam stated during that he met his biggest disappointment. According to him, he went to the party with Diane, but she wasn’t emotionally, mentally, and spiritually present as her mind got stuck with MG who she kept on chatting on phone with.

After a while, Elozonam said he saw Mawuli stepped into the party hall and he knew immediately that Diane was the reason he came. Both of them exchanged pleasantries, party continued.

When it was time to go, Elo revealed that Diane insisted on following him as may be she had already planned on going home with another man, MG.

Long story short, Diane eventually followed Mr Gavor to his hotel room during which Elozonam saw it was now very obvious she has a very serious thing going on between her and the actor. At that point, Elozonam made a decision to call it quits so everyone could move on.

Meanwhile, check out some reactions from BBNaija fans below and you can observe everyone is blaming Daine for leaving Elozonam heartbroken all those while she was into MG.

Again, watch the video of the Bet9ja Sponsored Party below to see when Mawuli came into the party and hugged Diane.

Diane is funny o, Elozonam carried you go party, and you left the party to an Hotel with another guy!
This life no balance o🤣🤣🤣

I can feel Elozonam’s pain, Diane didn’t have to do that man #BBNaijaReunion pic.twitter.com/TcNp22XZXA

My own is where did Diane sleep that night? Or i should mind my business#BBNaijaReunion pic.twitter.com/voiFpWP5OG

Here is the video of the party that Elozonam took Diane, and she ended up going home with Mawuli Gavor (MG).#BBNaijaReunion2020 #BbnaijaPepperdemReunion pic.twitter.com/bpCq32sa9v

Mawuli Gavor is a Ghanaian born Nollywood actor who is also known as TV presenter, movie producer and entrepreneur.

Mawuli obtained a degree in Business Management & Finance from Pennsylvania, United States of America and was professionally an accountant.

After being made brand ambassador for Martini in Ghana and Nigeria, he changed career path and became a household name in Africa movie industry. 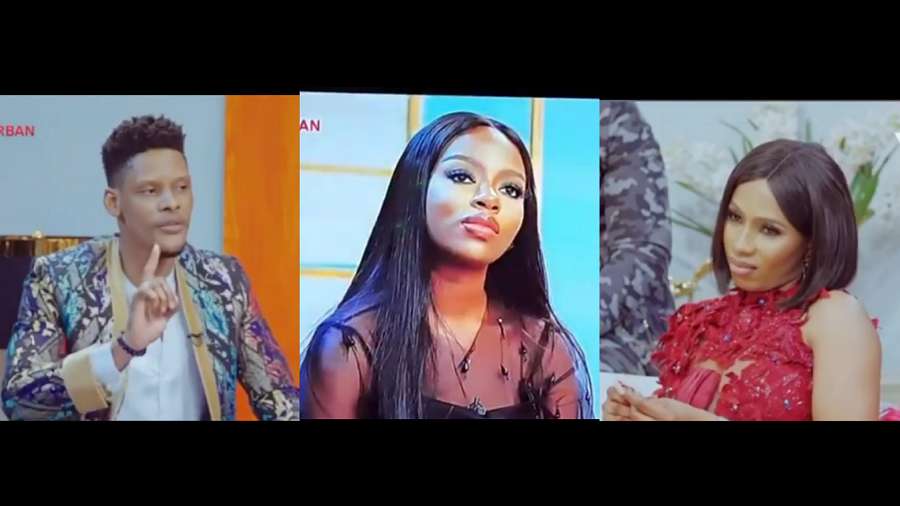