In our previous reports, we elaborated all that Elozonam said during the BBNaija Pepper Reunion Show, Day 17 and 18 that made his relationship with Diane go under water.

In a nutshell, Diane allowed her crush and actor, Mawuli Gavor come in between her and Elozonam making the latter to vent and get tensed as he thinks about the hard work he has put to making things go well with himself and Diane.

Meanwhile, last night, when Elozonam was narrating his relationship ordeal to BBNaija host, Ebuka Obi-Uchendu at the Reunion Show, Mercy was seen facially expressing how disappointed she was hearing that her bestie, Diane went to such extent in her DiaLo ship.

Without explaining further, Mercy’s facial expression was so obvious that she felt how heartbroken Elozonam was narrating the Diane’s mess.

She was just seen holding hands like she’s doing her nails while gazing suspiciously at Diane who was a bit farther and in front of her even though, some have argued that Mercy’s facial look was descriptively because Elozonam didn’t spare anyone while exposing Diane.

Watch Mercy’s expression in the video below; ©DStv/MultiChoice 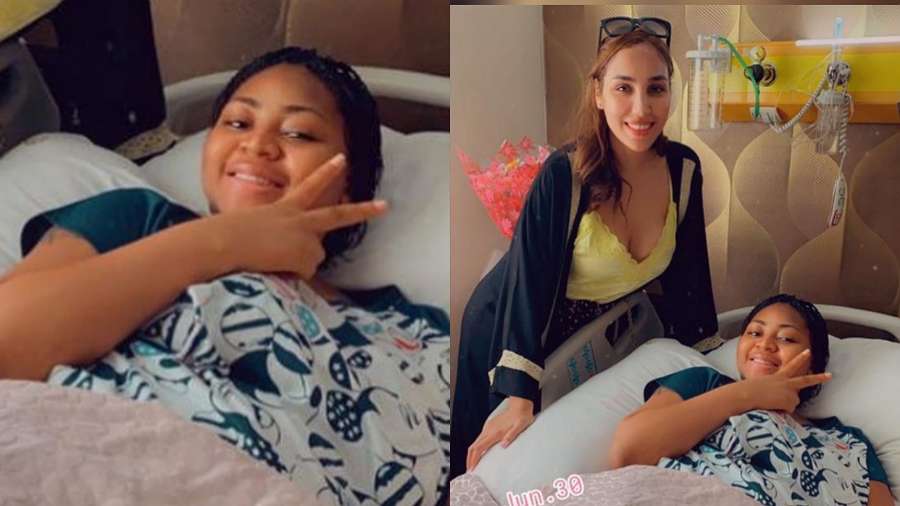