You dont have javascript enabled! Please enable it!
Skip to content
Home » ENTERTAINMENT » BBNaija’s Michael clarifies on meaning behind unusual description of his relationship with Jackie B

• According to Michael, the irrational thoughts of people made them see his statement as being uncertain about his relationship with Jackie B.

Following an unusual expression of his relationship status with love interest, and BBNaija lover, Jackie B at the Shine Ya Eye Reunion show, on Wednesday night, June 8, ex-Shine Ya Eye star, Michael has come back to explain what he meant when he said that “he thinks” he and Jackie B are friends.

According to Michael, the phrase, “I think”, for him, means a common expression of thought, and it wasn’t in anyway an insinuation of uncertainty.

“i think…” is a common expression of thought. it was in no way an insinuation of uncertainty.

“attraction is a mutual occurrence that isn’t restricted to the confines of romance.

“we understand each other as good friends who have grown together”, he tweeted.

Recall that after Michael said at the Reunion that, “he thinks” his friendship with Jackie B is cool, Ebuka, as well as Jackie B were surprised and a bit shocked to hear such from Michael, when everyone thought he would go straight to the point and say “we are cool”.

“Are you guys cool, you and Jackie B”? Ebuka asked Michael at the Reunion, And Michael smiled and said, “Yes definitely”. Ebuka added, “Still Michael-Jackson”? And Michael continued, “Yes, we’re cool man. Like we said, in the House, we explored to see what it is, and I think she’s a very good friend of mine”.

Surprised Jackie turned to Michael and asked, “You ‘think’”? Ebuka comes in, “You think she’s a very good friend of yours”? Michael said, “Yes, I believe so”. Ebuka added, “You’re still thinking”. And Michael explained, “It’s not thinking like that, thinking implies conviction. I can’t be convinced when I’m not thinking right (Jackie B rolled her eyes)”.

Ebuka comes back to Jackie B and asked, “Jackie you’re rolling your eyes and that eyes roll at the back of your head. What’s your opinion?”. Jackie B replied, “We’re friends, we’re very good friends. I don’t think it, we’re friends”.

Additionally, Michael shared a second tweet clarifying that Jackie B didn’t chase him and they never broke up, adding that they had mutual friendship that has been understood amongst themselves from the beginning.

He however advised the critics to desist from sharing insensitive troll posts directed at Jackie B online.

“JB never “chased” me & we never “broke up.” we’ve had a mutual friendship that’s been understood amongst ourselves from the beginning.

“stop the insensitive trolling directed towards her online. 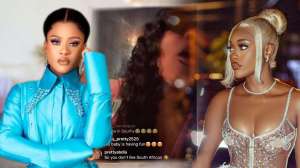 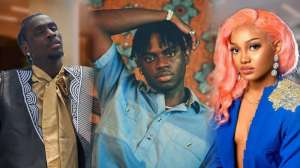