What seemed to have been taken as a serious confrontation later resulted into make-up and shots shooting, but has a bit disappointing outcome.

Earlier on Saturday morning, August 1, Tolanibaj while having conversation with co-housemate, Brighto concluded that she’s going to confront Prince for constantly giving her the greenlight and then acting like he’s not interested.

Brighto pleaded with her not to make such disgraceful move. But Tolani already had her plans put in place waiting to be unleashed.

Recall that Prince earlier said he likes Nengi, and even outrightly told her, but Nengi gave him a shock of his life when after he has made his intentions known, got rejected for a reason that Nengi who also did same to Ozo said she doesn’t like Prince because he’s everywhere.

So Tolanibaj, moments after raising voices with Brighto about how nothing was going to stop her from confronting Prince for playing with her feelings, met Prince in the lounge after Saturday night party and all of a sudden, she’s feeding him cake in all smiles.

As if that wasn’t enough, she said she no longer had anything to say to him for now. But she made her intentions known to Prince which is that she likes him.

In his response, Prince said they would definitely keep things at friendship level, but wants nothing extra. A signal that he doesn’t really want to get locked up in Tolani’s heart when his own heart seeks someone else (Nengi).

And if you could recall, this was the exact thing Nengi told him the day he decided to open up to her about his feelings.

Well, we will keep our eyes glued to see if Prince will keep his words or fall on Tolanibaj’s trap later on. 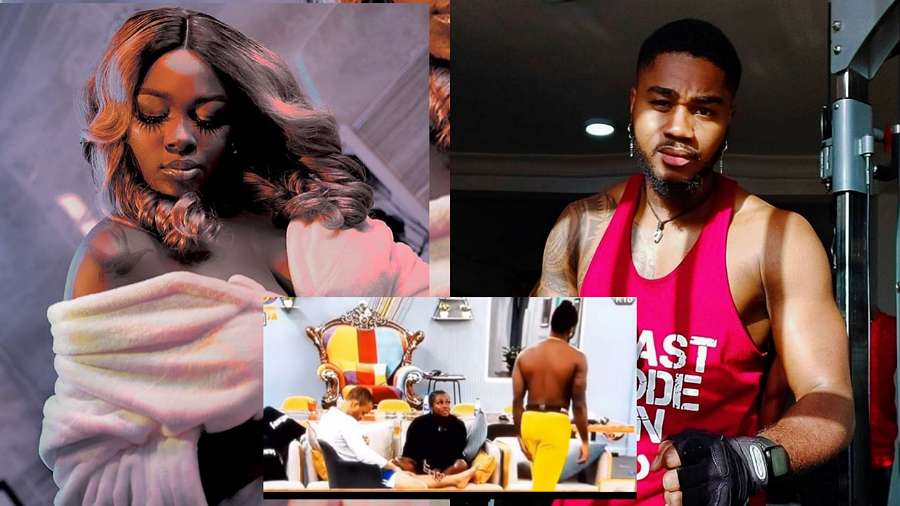