SolidStar stated that he has been good to Ossy and his family from day 1, but he has turned back on him just to make him sad.

“Ve been nothing but good to you and ur family from day 1, but you want to see me sad, the table will turn at the end @ossyachievas

OSSY, I SIMPLY REQUESTED FOR MY ROYALTIES FROM 2008 till 2018, AND YOU ARE USING IT AS AN AVENUE TO SEEK FOR FAKE SYMPATHY? GIVE ME A SEC…”

Going through the comment section, Valid Updates learned that some fans and followers of the Delta State born were dropping some pieces of advice and words of encouragement as they also applaud him for at least coming a long way into the music scene

officailtalent – “You have already make fame and famous for yourself so why are you complaining. keep on giving us good music shaba”

iamharryjazz – “Abeg make una respect una self o,na una dey make some label dey fear to sign upcoming artistes feel they will start fight with them at the end,my friend fight your silent battle ,must you bring it here ,or rather go and settle, no wan see this rubbish again o,thank you!!”

don_ejeanyido_arthur – “Man free all this things you they talk nao, you pass am….remain strong.”

shabaent – “Happiness is your comfort zone! No man will bring you down by God’s grace”

chydomaine – “@officialsolidstar bro be strong don’t allow anybody to deprive you from being happy.. God is not a man he would surely see you through bro. @ossyachievas will live to see you excel more.. back on stage”

Meanwhile, hours after SolidStar calls out the boss, Ossy took to his own Instagram page to respond to his claim saying that he invested over N100 million in 10 years on SolidStar’s career but couldn’t generate 10 percent of it.

He warns the music star to keep shut as more retaliation from him will make him pay for all that he owes Achievas Entertainment before his contract ended in 2017.

“Mr Joshua Iniyezo Solidstar,I know you missed me so much… my Midas touch on your career I discovered you in 2007 and you lived with me for 2 years without a contract…your welfare was my responsibility,in 2009 you signed your first pro contract…in 2014 you signed another contract that expired in 2017… We parted ways peacefully… Now let’s figure out who is owing the other

1. I invested over 100m in 10Years and your whole bookings for 10Years didn’t generate 10% of the invested amount
2. The car you got from ACHIEVAS on higher purchase for 15m…we deducted a little above 2m and I learnt you’ve sold the car without completing payment… it’s a criminal offense and we can decide to take actions.

You are like a house I built and I won’t want to bring it down but threat to my life I won’t take likely…. any more pimm I go change am….. Please if you love him and you are close to him..watch him closely…I think he is suffering serious depression and Amnesia of the brain” 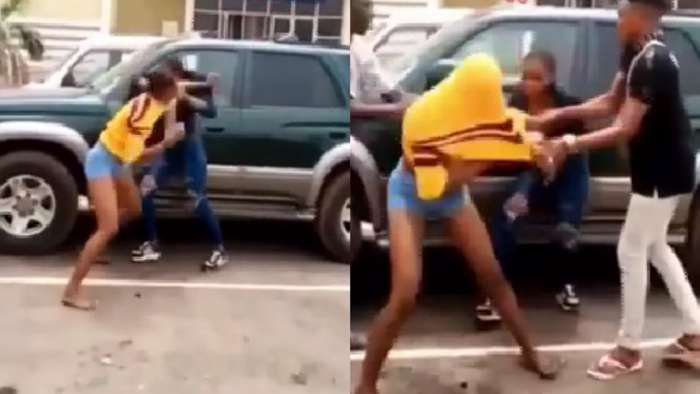