A certain Nigerian Prophetess who resides in Rivers State identified as Dr Blessing Chidinma Prince popularly known as Mummy B has revealed a prophecy over Bobrisky.

In a social media post by Mummy B, she said God gave a message that Nigerian cross dresser and rumoured gay man, Bobrisky will be incurably sick if he doesn’t repent from his abominable ways.

She wrote; “Prophecy! Prophecy!! Prophecy!!! That was how I got a message from God during the 2018 election, many hated me because of that, but at last it came to pass.”

“Any person that can reach Bobrisky should tell him the Lord is asking him to repent and change from his abominable ways, else sooner than later he would be incurablly sick. Thus says the Lord from Prophetess Dr Blessing Chidinma Prince, Mummy B Oyigbo Rivers State Nigeria ( 08033136832)”

Meanwhile, the attention of Bobrisky has been drawn to the post and he took to his social media platform, Instagram to address it.

In a detailed, Bob said below;

“My attention has been drawn to a certain prophetess and her prophecy about me changing my abominable ways or sickness will befall me.”

“It’s ridiculous and pathetic how much hate I have amassed from living out my originality. I don’t kill, I don’t steal, I don’t defraud others. How am I the problem of Nigeria?”

“How does being a cross dresser, and a transgender woman translate to abomination? It is rather bemusing to me that a lot of people will have me killed, than the evil politicians and people in power punished.”

“Many of you who are not transgender, or a cross dresser are still evil. You cheat, you kill, you’re filled with bitterness and hate. You backbite, you plot how to execute malicious plans and all forms of corruption. Your sexual orientation, gender identity, or how you choose you fit into the societal precepts of gender doesn’t make you a good person.”

“Whoever knows that malevolent prophetess of doom should tell her that I, Bobrisky, says that she will be the one to fall sick if she doesn’t refrain from trolling me with the guise of spirituality. She is a schizophrenic patient, and I understand that. She’s such a great seer?”

“Why hasn’t she seen how we are going to eradicate crime, joblessness and corruption in Nigeria? They are always seeing things about other people’s lifestyle that hurts nobody.”

“My greatest joy is that God is not man. God is kind, he is full of love and compassion and I am loved by him, I will not fall sick or die young, because God is a good father. If you think I’ll die, start planning your burial cos I’ll be there. GOD BLESS YOU BOBRISKY” 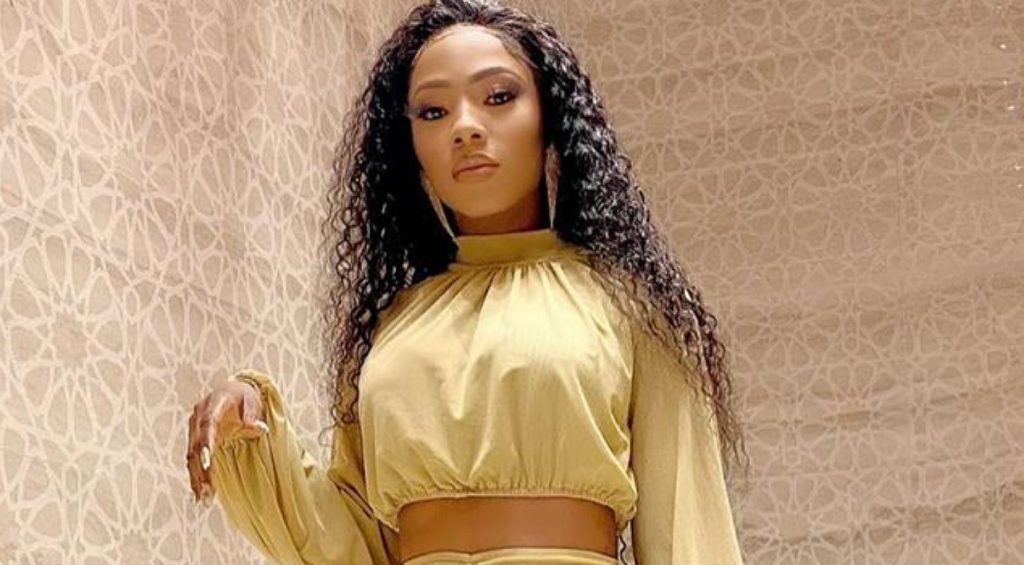