You dont have javascript enabled! Please enable it!
Skip to content
Home » ARTICLE » How much each BBNaija Lockdown Housemates earned while in the House

The show premiered with 20 gentlemen and ladies introduced to live together in one common House, do things and carry out several functions unanimously while going about their daily activities.

However, the rules and regulations are always imposed and have to be abided as there will definitely be consequences resulting from any infringement.

During those periods of time, Housemates were given several tasks and functions which they took part in, presented and got commended and probably rewarded with gifts and cash prizes.

After the 2020 edition of the Nigeria’s famous reality TV show, ValidUpdates compiled the total amounts of money each of the Lockdown Housemates won and with a little or more information about how they won it.

The number one and first (1st) Housemate on the list is the female Housemate, Vee. She earned the highest amount of money, a total sum of N6,170,000 million which made her the richest BBNaija 2020 Housemate in the Lockdown House aside the show winner, Laycon who we already know took home the N85 million worth of prizes, inclusive of N30 million cash.

The second (2nd) Housemate on the list is the Lockdown season 5 show winner, Laycon with a total sum of N6,030,000 million, excluding his grand prize. And going by the major Tasks which the young rapper took part in the House, like Johnnie Walker Task, we could rightly say that Laycon as well as Vee earned themselves tangible amounts of cash in the Lockdown House.

And the third (3rd) Lockdown Housemate on the list of highest earners is Bayelsa State-native and beauty queen, Nengi, born Rebecca Hampson. She took home a whopping sum of N5,350,000 million having satisfiably won some of the major tasks in the House like Johnnie Walker Task, Pepsi Turn Up Task, etc.

The self acclaimed ‘jack of all trades’, Prince Nelson Enwerem came fourth (4th) on this list and with a glaring sum of N4,725,000 million. The Imo State-native who happens to be the brain behind so many beautiful hairs worn by most female Lockdown geng earned this after contributing enough to the Tasks and assignments in the House.

The ever sarcastic young lady who came out as the first runner-up of the Lockdown show, in the person of Dorathy Bachor earned herself a huge sum of N4,600,000 million and has become the fifth (5th) highest earner in the House. Recall that the Delta State-native began winning so much Tasks in the final weeks of the show.

Mr Tranquility came sixth (6th) on the list and still remain one of the most luckiest Housemates who took part in the 2020 show. Trikytee as he’s popularly called took home the commendable sum of N4,055,000 million. The Bayelsa State-born, Timmy Sinclair having survived about four evictions, won major Tasks, like Pepsi Turn Up Task, Indomie Share Your Style Task, among others.

The Du-rag Lord and Mr Oracle, Neo Mobor Akpofure stood tall as the seventh (7th) Lockdown Housemate on the list with a whopping sum of N4,054,000 million. Recall that Neo, who happens to be one of the Housemates’ favourites and cousin to 2019 Pepper Dem star, Venita, enjoyed himself taking part in so many fun and rewardable Tasks such as Indomie Share Your Style Task, etc.

Born, Ozoemena Joseph Chukwu, the sports enthusiast who was known as one of the perfect gentlemen and smartest guys in Biggie’s House took home the sum of N3,494,000 and came eighth (8th) on the list of highest earners in the season 5 show. Ozo, who had likely made it to the finale, got evicted on the 9th out of 10 weeks of the show.

The Waya Dem Geng president and billionaire’s son, Terseer Waya, aka Kiddwaya came ninth (9th) on the list and was rewarded with total sum of N2,461,000 million before leaving the show on the 8th week. Kiddwaya, who was seen as one of the viewers favourite Housemates came satisfied after showcasing so much applaudable character and attitude in the House.

The tenth (10th) earning Housemate on the list is the disqualified Housemate and actress, Erica Ngozi Nlewedim. She earned herself the sum of N2,011,000. Recall in the beginning of the show, Erica won several Tasks ranging from Flutterwave Challenge, Indomie Task, among others. Unfortunately, her stay in the House was cut short on the 6th week after being found guilty of House rules infringement coupled with her two previous strikes.

Lord Baelish in the Lockdown House, Mr Apply Pressure, Ezekiel Bright better known as Brighto came eleventh (11th) on the list of earners with the sum of N1,679,000 million. Recall that the Edo State-native left the House in the 5th week, the Sunday Biggie shocked Big Brother Naija community with eviction of three Housemates including Brighto.

The twelfth (12th) Housemate to step out of Biggie’s residence with some real cash is the favourite chef in the House, Lucy Edet Essien and she left with extraordinary sum of N1,318,000. Recall that Lucy was known in the House as the most hated Housemate and with so much negative things to say about her, Housemates had always been on her neck trying out on the possible means to send her out of the game.

The Kenyan-born Nigerian single mother of one, Wathoni Anyansi impressed her much-talked little son by coming thirteenth (13th) on the list with the tremendous sum of N1,221,000. Wathoni left the House alongside side two other Housemates, Brighto and Tolanibaj in a very shocking Sunday live eviction show.

The American-born Nigerian media personality, Tolanibaj came fourteenth (14th) on the list with a six-figure sum of N845,000 and recall Tolanibaj lost out in many Tasks she took part in the House having complained severally to her closest friend, Erica that luck had always seized to be on her side.

The choreographer of the season, and father of one little handsome boy, took home the consolatory sum of N775,000. Born Praise Nelson Tochukwu, the Enugu State-native who came fifteenth (15th) on the list, left earlier from the show, which happened to be in the fourth week.

The Sokoto State-native and one of the sarcastic female Housemates of season, born Aisha Umaru and best known as Kaisha came sixteenth (16th) on the list with a little but herculean sum of N472,000. Kaisha left the House after her infamous fight with co-housemate, Nengi, although, it wasn’t the reason for her exit.

And last but definitely not the least, the final four Housemates on the list Ka3na, Lilo, Tochi, and Eric who earlier left on the 2nd and 3rd weeks respectively didn’t garner memorable and palpable amount of cash to be recorded, even though they earned themselves little sums.

These are chronologically the amount of money each of the Lockdown Housemates earned for themselves while in the House. And note that the amounts on our list aren’t inclusive of the ones earned by the Housemates outside the House.

Copyright Notice: All rights reserved. This article may not be copied (verbatim) and republished on another platform without a directly written permission from or credit to ValidUpdates. 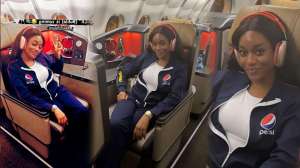 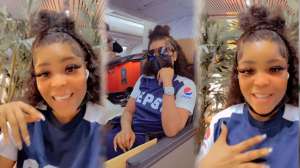 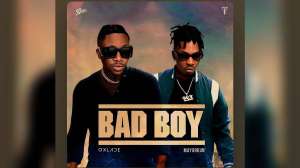 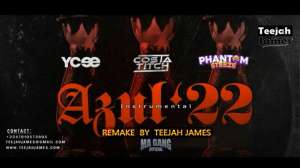