Big Brother Naija Pepper Dem Reunion Day 17 saw so many revelations made among the few housemates present during the show; mostly between Mercy Eke and Steve Ike Onyema.

Just like everyone must have known, the Merike or Icy ship i.e. the relationship between Mercy and Ike was one of the high points of BBNaija 2019 show where everyone saw it happen back and forth.

It could be recalled that the fight between these two lovebirds would always come up to the scene where Mercy will be spotted having an argument with Ike and the next minute, make-up.

Yes! It all happened for some reasons and Mercy made Ebuka Obi-Uchendu understand during the Reunion show that she was letting Ike know that American lifestyle is quite different from Nigeria’s.

Mercy stated that Ike would always make her have his way while at some point, she would like him to know where she’s coming from and not think everything is all about American way of life.

According to Mercy Eke, her lover boy, Ike Onyema is quite different from all the guys who have dated her in the past. And it’s all by means through which Ike treats her like a super woman. She loves him for that.

Also, Mercy revealed that she knew Ike from the audition days, although they didn’t have that connection until 2nd or 3rd week in the house. But the fact remains that as soon as they started talking, they began knowing each other more.

Day 17: BBNaija Pepper Dem Reunion: Ike explains why he and Mercy currently unfollow each other 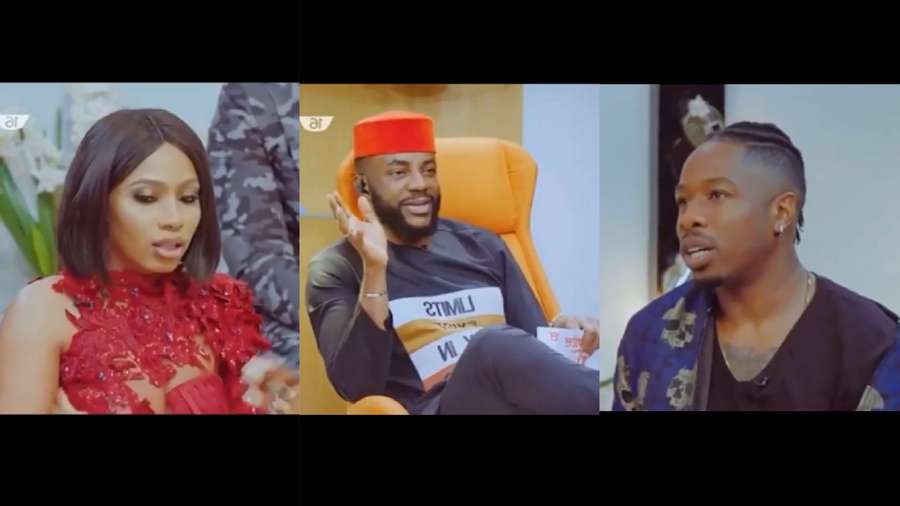