The deal was signed and sealed on Thursday, February 26, 2020 in the present of Nigeria music executive and businessman, Ubi Franklin as well as Royal Hair Chief Executive Officer, Steve Maduka.

Chioma shared on her Instagram page announcing to her fans and followers to have joined the Royal Hair family.

Nkechi Blessing and Uriel were spotted in the comments section of Chioma’s post congratulating and welcoming her into the family. 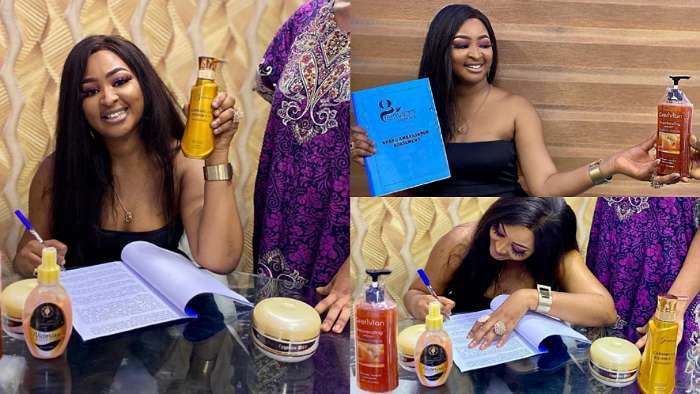