You dont have javascript enabled! Please enable it!
Skip to content
Home » ENTERTAINMENT » Family can fvk you up, friends are the worst – Singer Mayorkun tells fans, advises on ways to live fulfilling life

• Mayorkun believes that if we work hard for something, chances are we will get it by work than by luck. And by so doing, he added that we shouldn’t tolerate what we never liked on first instance.

Multiple award-winning Nigerian singer Mayorkun has left some kindest piece of advice to his supporters, fans and followers on the best way to live a healthy, fulfilling life despite the ups and downs.

Taking to his Snapchat page, the DMW signee advised that young people should enjoy their youth but save for rainy days and retirement.

He added that bad character will give anyone out eventually and considering that, your family can be one of the stumbling blocks you may encounter on your way, and friends are the worst.

‘Of Lagos’ crooner beckoned on anyone who has things to say to always express it and never to hold it in, although he’s not the type of person that can do that.

More importantly, the singer noted that if you want something, you should work for it because there’s higher chances to succeed by work than by luck. And in some extent, you shouldn’t indulge or tolerate whatever you don’t like because that’s the first instance to disrespect.

He wrote; “Enjoy your youth but save for retirement. Your bad character will give you out eventually. ‘Family can f**k you up. Friends are the worst. Get sense for Lagos.

“You got something to say? Say it, dont hold it in (Not me tho, I leave). Know your lane before trailer use you do driving test. People wey dey ok for my country no many like that.

“If you want it, work for it. There’s a higher chance to get it by work than by luck. Don’t indulge/tolerate whatever you don’t like on first instance, that’s the first door to See finish/disrespect. Sleep with one eye closed.” 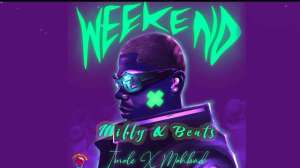