Ex-Big Brother Naija housemate, Anita Ibinabo Akide aka Natacha Akide has one more time affirmed that getting disqualified in Big Brother Naija show goes a long way to give the victim positivity than being evicted.

Undoubtedly, Tacha’s words has to be based on fact that she took the shame of getting disqualified from the show in 2019 and endured all that came thereafter.

But it’s widely known that there are some humiliations that accompany one who gets ejected from a show as big and widely known as Big Brother Naija.

Tacha made herself the center point during the Pepper Dem show and her controversial character and behaviours against the Big Brother authorities as well as housemates couldn’t get her to the finale.

You could remember she got removed from the show on the 89 out of 99 days of the game show.

Now, in her recent Twitter post, Tacha stated clearly in one sentence that nothing is better than getting disqualified.

In her words, “BETTER TO BE DISQUALIFIED THAN EVICTED!! Say something new”

BETTER TO BE DISQUALIFIED THAN EVICTED!! Say something new🥰🥱

Well, we assume she’s trying hard everyday to let people know that she has gotten over the traumatic emotions of not winning the season 4 show.

And like we all know, the Rivers State-born has been securing the bag and getting herself more focused with the ‘Tacha brand’.

We hope to see her win more.

Troll advises BBNaija's Uriel to always photoshop her body-flaws before posting, she replies 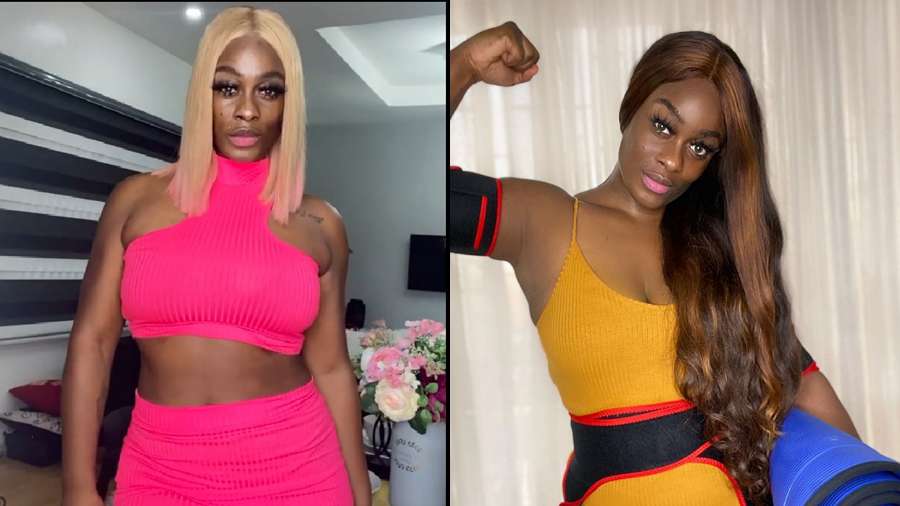