As an indirect shade, Nigerian online critic, Uche Maduagwu hits a new controversial criticism on Big Brother Naija season 4 winner, Mercy Eke who went to London recently referring to the country as “Brekete Kingdom” and said there is no single hater over there.

Mercy’s statement was during a live Instagram video on Monday, February 17 where she was spotted having a meal in a London restaurant.

However, Uche comes on Tuesday with an Instagram post where he indirectly cautions Mercy and directs his critic to “all Ex-Big Brother Naija stars” asking them to borrow wisdom from Tacha, who he thinks is focused and takes more of action than talking.

He tells her that rather than focus all the energy on one thing – haters – there are more work to do, which one of it is being able to handle the loss of fans who will shift all their attention to the forthcoming Big Brother Naija 2020.

As a matter of fact, the actor states that all the “blah blah” and haters this, haters that will end in few weeks when no one will think or have anything to do with Ex-Big Brother Naija stars.

“Borrow wisdom from Tacha and worry less about your alleged ‘haters’ in Brekete kingdom.. ( a message to all bbnaija ex housemate ). When people are telling them the #gospel truth, they are called haters, #BBnaija2020 is almost here, all the fans you think will #travel to the #moon for you just to celebrate you will shift all their attention to the new #bbnaija housemate, its nothing personal dear, thats the #funny and untold side of #television reality stars in #Naija,

So, why not borrow wisdom from #Tacha, build your brand more and worry less about your alleged imaginary ‘haters’ in Brekete kingdom, honestly, for someone who got disqualified in #pepperdem, Tacha has done so well for herself, so when #titans shift their attention to the new bbnaija2020 housemate in few weeks, she can make #good use of the platform she got, why not emulate her?”

Actress, Nkechi Blessing shows off a Toyota Venza as birthday gift to herself 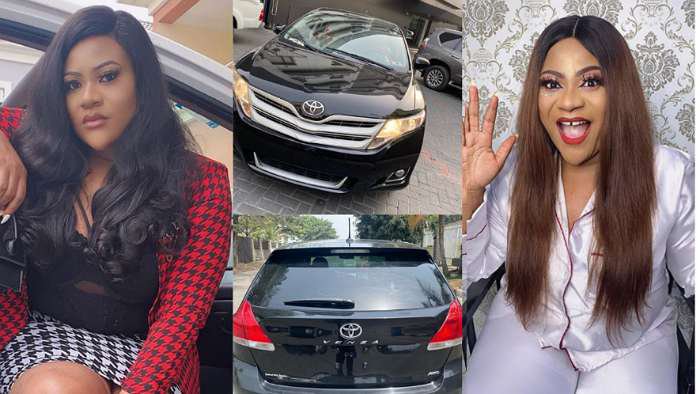