In a series of tweets by King Patrick, he stated that he earlier before 2014 signed Peruzzi, born Tobechukwu Victor Okoh before Davido took him away from Golden Boy label as a result of Peruzzi’s “For Your Pocket” video which caught Davido’s attention.

He continues that Peruzzi and Davido still owe him royalties for some of the properties (songs) of Golden Boy Entertainment which Peruzzi has gave/sold to Davido, like some of Davido’s hit songs, FIA, Ada, Risky.

And he has chatted with Davido on Instagram, but he insists Peruzzi isn’t signed to DMW, saying that he’s just helping his music career.

Go through the screenshots below to see King Patrick’s tweets. 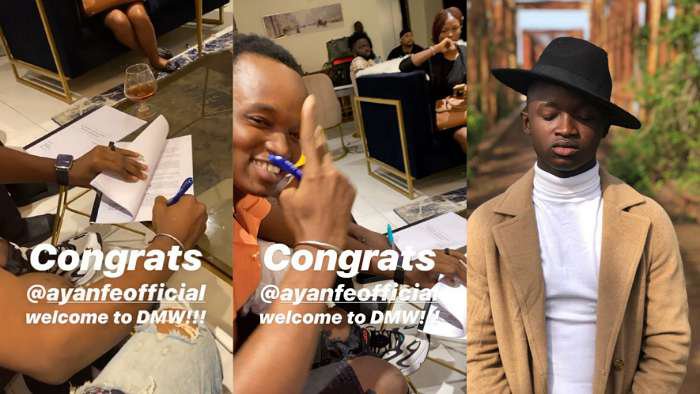