The Owerri based real estate developer and nightclub owner, Chibuike Paschal Okechukwu popularly known as Cubana Chief Priest or Celebrity Bar Man surprises his social media followers with photo of him when he was a Catholic seminarian.

In the photo, he is spotted with some of his mates and a Rev Father who is assumed to be his guidance.

He however stated that his late mom had wanted him to become a Catholic priest, but sadly, he failed her during the seminary school days.

Although, no regrets because, according to him, he failed in seminary school and succeeded in his Cubana business.

He also said he’ll be dedicating his 1 million Instagram followers to his mom as he’s about getting to that stage with about 950k followers presently.

“My Mother Wanted Me To Become A Catholic Priest. So Bad I Failed Her In The Seminary But I Passed In Cubana. Today Am A ChiefPriest. But Death Never Allowed My MaMa Witness A Better PriestHood That Made Me A Star.”

“RIP Mom, I Still Did Your Wish, This Is My Last Post As An Instagram Thousandnia, M IG Millionaire In A Few I Dedicate It To My MaMa, On My 1st IG Millionaire Post 10 Followers Of Mine Will Sure Get 100k From Me” 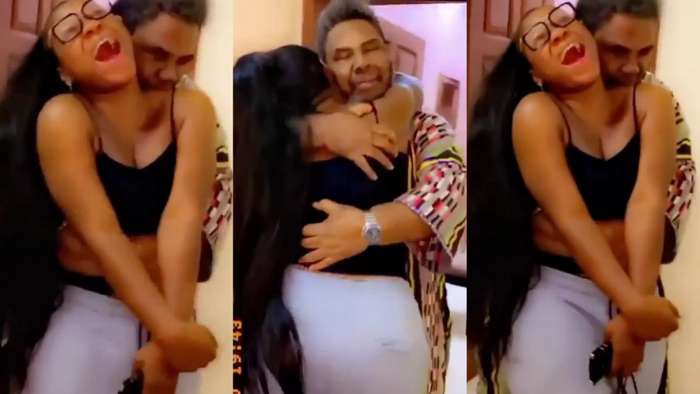